Warning: Parameter 2 to qtranxf_postsFilter() expected to be a reference, value given in /home/eurocom/old.europaholidayus.com/wp-includes/class-wp-hook.php on line 286
 Tasmania, Australia 10 Day Tour - Europa Holiday Tours 
Warning: Use of undefined constant jquery - assumed 'jquery' (this will throw an Error in a future version of PHP) in /home/eurocom/old.europaholidayus.com/wp-content/themes/europa2015/functions.php on line 42


Warning: Parameter 2 to qtranxf_postsFilter() expected to be a reference, value given in /home/eurocom/old.europaholidayus.com/wp-includes/class-wp-hook.php on line 286

* [Cradle Mountain National Park] Ecological treasure, with its remains of ancient glaciers, full of spectacular canyon waterfalls, sharp cliffs, deep lakes, pristine wetlands, and almost unspoiled wildlife habitat.
* [Wineglass Bay] Tasman Sea beach chiseled form a half-moon shape, like a smiling face. Was named the top ten of beautiful beach.
* [Sheffield] Murals everywhere in the town,  in a crazy artists and professional painters arbitrary sway, the town wall barely blank.
* [Tasmazia] Innovative design miniature park, every corner where the fun is endless! Both adults and children can enjoy it.
* [Swiss Village] A 400-hectare Alpine style building with a Swiss-style cottage over 50 years old.
*  [Ross Bread Workshop] Animation master Hayao Miyazaki’s creation “Kiki’s Delivery Service” based on this bakery. Taste the vanilla cake, it is not absolutely mouth praise.
* [Tasman National Park] There are many special rocky terrains, such as sea eclipse gates, water jet caves and natural wonders such as the Devil’s Kitchen.
* One bottle of mineral water per person per day. 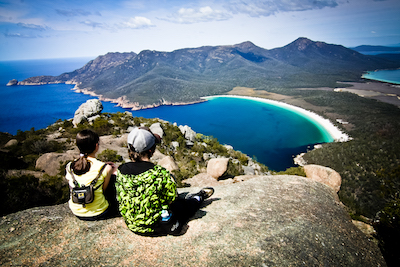 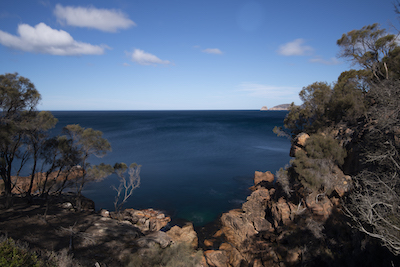 Flying over the international date line, overnight on board. 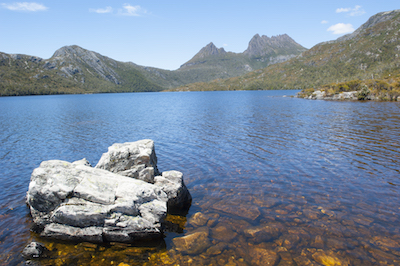 Today arrived in Launceston, the second largest city in Tasmania. Visit mural town of Sheffield is located in Rowland Hill mountain, you can see four murals in the town, in a crazy artists and professional painters arbitrary sway, the town barely half wall blank, these murals has become a small town treasures. Overnight will be in Cradle Mountain National Park, it is one of the most spectacular national parks in Tasmania’s national parks. Tasmania’s highest mountain is Mt Ossa, located within the park, next to Saint trail, surrounded by peaks up to 1500 meters around. Cradle Mountain National Park is Tasmania’s premier natural tourist attraction, and the endless wildflowers bloom in summer, and the colorful scenery is breathtaking. 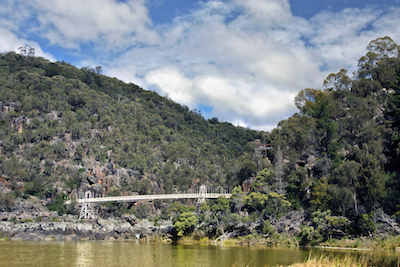 After breakfast, visit ★Tasmazia, the most famous miniature park in Tasmania . There are seven big labyrinths in the park. Some of them are copied according to the maze of the British royal garden. The interesting thing is that the garden let maze feel more lively, particularly the establishment of the English proverb joke in the maze, allowing visitors to experience the unique Australian sense of humor. The strange labyrinth invites you to follow the winding path along the curved path to find a complicated way out! Later, head to the heart of the Tamar Valley, Launceston, and the third-oldest old town in Australia after Sydney and Hobart. This city with a population of about 100,000 is proud to be well preserved. Marvel of ancient streets and park views, from Launceston to imitate the first half of the 19th century English rural town together, imbued with a simple and elegant atmosphere, and distributed in towns throughout the park, leaving Launceston Fully in line with the reputation of “Garden City”. Launceston’s most important feature is not downtown, you can see the spectacular gorge rapids – Cataract Gorge, will be able to enjoy the fun of exposure to the wild in the city, this is a rare natural wonders of it. Specially arranged to experience a 282-meter-long suspension ★ high-altitude cable chair at the entrance to the Rapids Canyon. This is the longest cable car in the world. The journey takes about six minutes. It is great to enjoy the scenery from different angles! Also within Alexander Valley also has Alexandra Suspension Bridge connecting two canyons, the scale is not large, but the use of color to coordinate with the overall landscape complement each other perfectly blend. Arrangement ★Take a boat ride on the Tama River and enjoy the beautiful Victorian architecture of Launceston. Just 15 minutes from the city centre, you can reach the Cardnay Canyon Sanctuary and enjoy the view of the canyon surrounded by mountains. 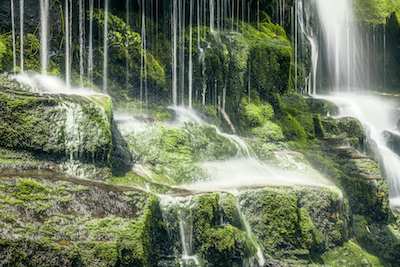 After breakfast, transfer to Grindelwald, Switzerland Village, which was founded in 1980, covering an area of 400 hectares, it also has a Swiss-style lodge with a history of more than 50 years. Then drive to the east coast, passing the 90-meter St. George’s Falls is one of the highest waterfalls in Tasmania. Tonight to the largest city in eastern Tasmania, St. Helen. 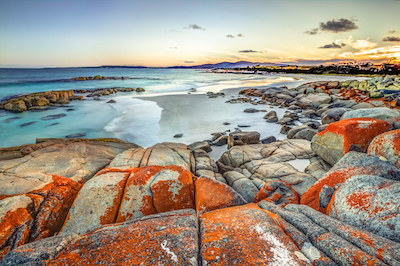 After breakfast, head to the Bay of Fire in William Mountain National Park. In 1773, the British captain Toby came to the east coast of Tasmania to see the smoke of the local aboriginal tribe and the huge orange-red granite stone on the coast. He thought it was a raging fire, and named it the Bay of Fire. . The special scenery is amazing. Then head to the Freycinet Peninsula on the east coast of Tasmania, the first national marine park to be hand-picked after European immigrants landed. The natural scenery is beautiful and magnificent, the coastline is long and winding, and there are many exotic flowers and rare birds. We will go to the middle of wineries to visit, and ★winery tasting. Tasmania is one of the planet’s most cool wine regions. The wines cultivated at the southern end of the world are unique, especially sparkling wines. The Wineglass Bay on the Freycinet Peninsula is recognized as one of the top 10 beautiful beaches in the world. Hiking to these beautiful panoramic view of the bay, huge rocks and plants along the way to break out of the view of the stone, will allow us to forget the tired; the top of the mountain, Wineglass Bay will be close at hand, dazzling The white sand and the azure waters reflect each other into an innocent half-moon beach, which contrasts with the pink and gray granite peaks, creating Australia’s most beautiful natural landscape. Overnight at the Freycinet National Park. 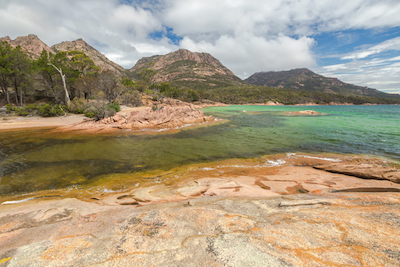 Today’s to the Ross Township, Animation master Hayao Miyazaki’s creation “Kiki’s Delivery Service” based on this bakery. Taste the vanilla cake, it is not absolutely mouth praise. There is an old Ross Stone Bridge in the town, built in 1823, under the bridge, with a Gothic church, European style. Then to the small town of Richmond, the most preserved old town in Australia. Strolling through the streets seems to step back into the past. There are many teahouses, galleries and craft shops in Richmond, which is a great place for tourists to buy crafts. Later, to Richmond Bridge, the oldest of all the bridges still in use in Australia. This ancient bridge was built in 1823 and was built by prisoners of the year. Continue to the car to visit the Museum of Classical and Modern Art, where the collections are unique and shocking! The museum was built at the base of 17 meters and was opened in 2012. It is the latest tourist highlight of Hobart and one of the “Top Ten Must-see Destinations in the World” recommended by Lonely Planet. 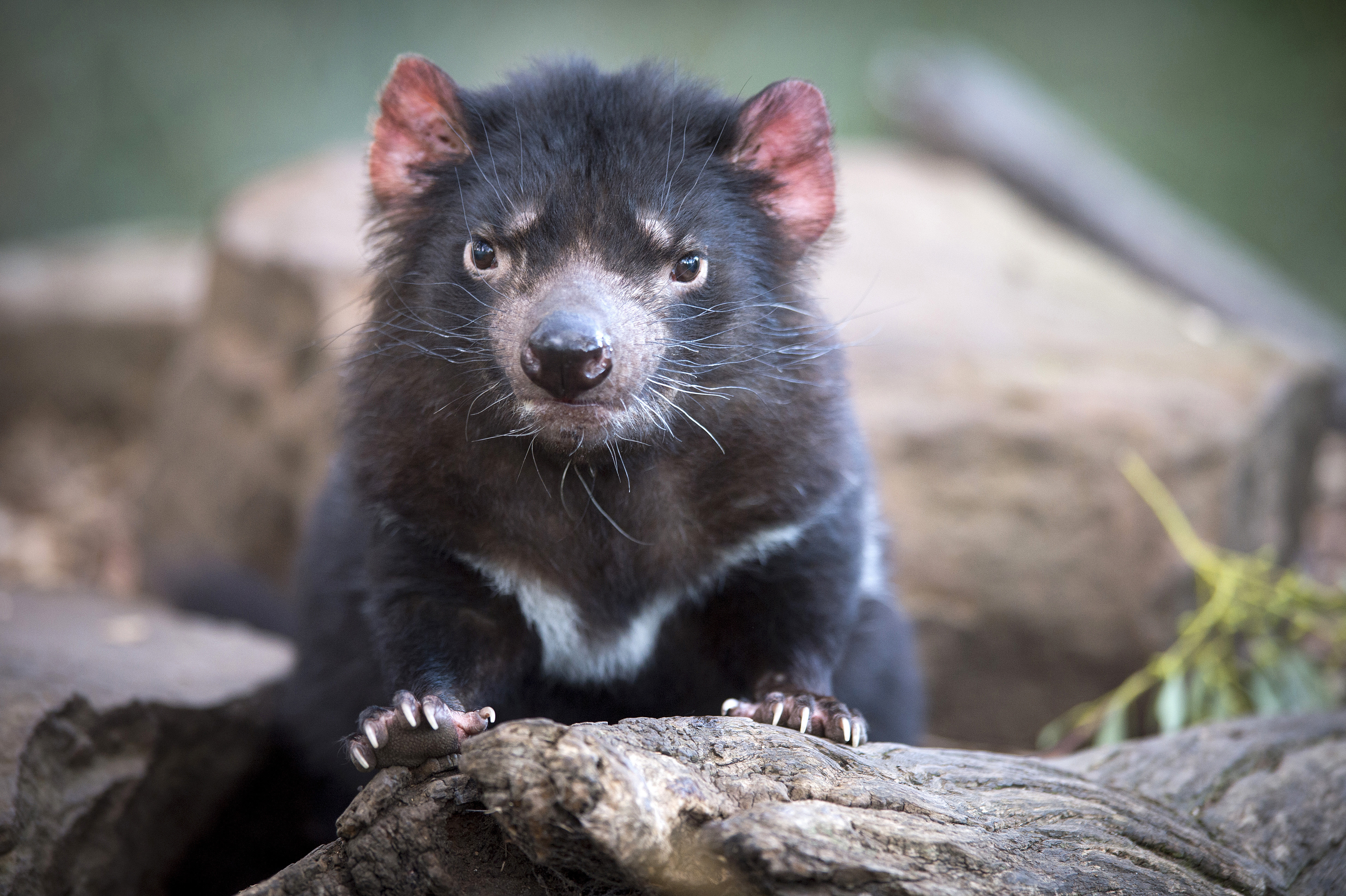 Today, head to the Pirate Bay and Port Arthur on the Tasman Peninsula. ★The Port Arthur Prison ruins were the site of exiles of criminals from the colonial era from 1830 to 1877. They were connected to the mainland by the Eaglehawk Neck, which is less than 100 meters wide. The largest prison in the southern hemisphere. The prison, known as the prisoner who was exiled to other colonies but twice sinned, is now one of Tasmania’s most famous tourist attractions and one of Australia’s most beautiful harbours, Tasmania preserves the most complete record of the history of global exile criminals, in the 18th-19th centuries, thousands of prisons were built in Australia, and punishment was assisted in the establishment of colonies through imprisonment and forced labor. Among the sites of the five exiles, the remains of Port Arthur are the most famous. There are about 60 buildings in the remains of Port Arthur, and its picturesque scenery and thrilling stories in the prison give visitors a beautiful and horrific experience. Later, visit the Tasman Peninsula and be known for the myriad of amazing natural wonders, including the Blow Hole, Devils Kitchen, Pirates Bay, Tasman Arch, and Tessellated Pavement. Then to ★Tasmanian wildlife park, you will be face to face encounter with the animal, is the world’s first intentional thinking Unzoo, cannot miss the endangered Tasmanian Devil. Then return to Hobart. 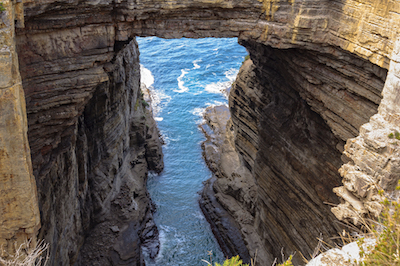 After breakfast to Mount Wellington, overlooking the city of Hobart and the Tasman Peninsula. Continued to the ★Cascott Brewery, which has been operating since 1824 and is Australia’s oldest brewery. Located in the embrace of Mount Wellington, the brewery building is unique in appearance and full of elegance. Then returned to Hobart and went to Salamanca Place, the old coastal warehouse nineteenth century, it has now become a popular tourist area operating territories of production art, restaurants and coffee shops exhibition hall. Salamanca is surrounded by a Georgian sandstone warehouse in the 1830s. These warehouses once stored imported goods from all over the world. A trip ★ oyster farms, breeding understand the situation and tasting delicious fresh pure Tasmanian oysters. Tasmania has the purest air and sea on earth. Located in the last stop of the Southern Ocean to Antarctica, Tasmania is blessed with a gentle four season and ocean climate, which is the perfect place for oysters. Dinner arrange ★ tasting sweet plump Tasmanian oysters. 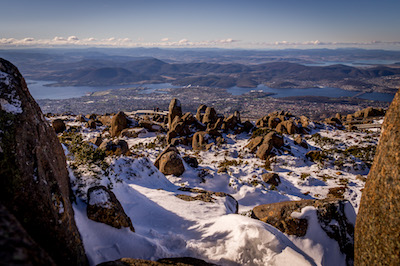 Return to your hometown today and end your unforgettable trip to Tasmania.

Tour Fare Excludes：International Airfare, Personal expense, any expense not included in our itinerary, Tips:US$ 10 per person per day, Visa Fee, Travel Insurance (If full payment paid 60 days prior to departure date, we offer medical travel insurance for US residents only)

Child: 2-11 years old share bed with parents, otherwise will be count as adult fare
* we reserve the right to modify the itinerary and price change 30 days prior to tour departure date *